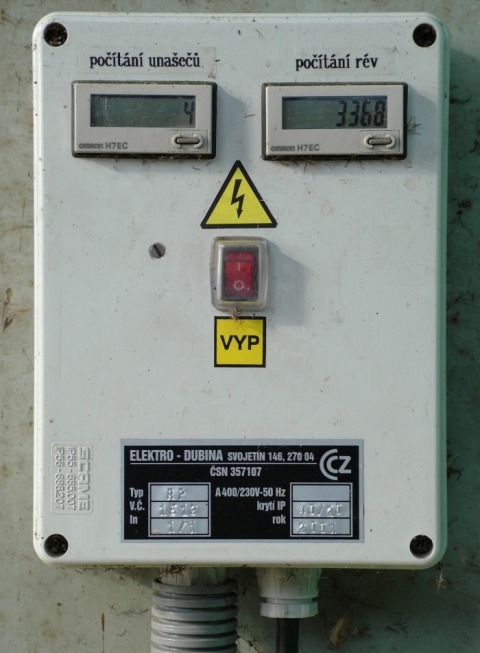 The vine counter is a device for counting the number of vines loaded into the hop picking line.

The device consists of a switchboard to power the sensors, mounts for the installation of the sensors, a movable sensory mechanism fi tted with end switch, and cabling for the entire assembly.

Two digital counters are installed in the switchboard cabinet. The fi rst monitors the number of vines hung on chain track blocks and the second counts the total number of blocks moving on the tracks.

This data may be used to asses: